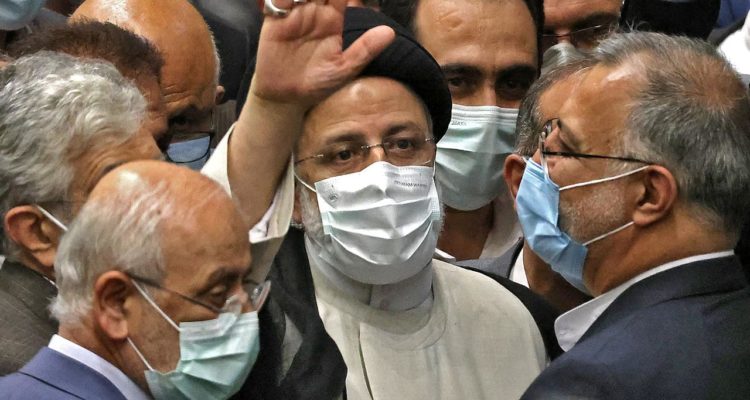 The swearing in of Ebrahim Raisi, known as the “butcher of Tehran”, as Iran’s new hardline President has escalated Middle East tensions. Israel has warned that Iran could produce a nuclear warhead within 10 weeks. And brazen acts of Iranian terrorism in the Middle East’s busy shipping lanes demand a strong response from the rest of the world. Mr Raisi, 60, took the oath of office on Thursday in front of MPs, regional leaders and the bosses of terror groups Hamas and Hezbollah. Israeli Defence Minister Benny Gantz says his country is ready to take military action against Tehran after a series of attacks on shipping. Mr Gantz told a meeting of ambassadors from the UN Security Council on Thursday that Tehran was “only around 10 weeks away from acquiring weapons-grade materials necessary for a nuclear weapon”. Israel regards Iran’s civilian nuclear program as a front for developing weapons.

Mr Raisi is feared for his role as a judge in the 1980s when he sent hundreds of regime opponents to their deaths. Since his win in June’s rigged election, he has made plain his determination to do things differently to his comparatively moderate predecessor, Hassan Rouhani. Attacks in recent days have included an Iranian drone onslaught against an Israeli-flagged oil tanker in the Gulf of Oman. And Iranian Revolutionary Guards seized another oil tanker in a busy waterway off the United Arab Emirates port of Fujairah.