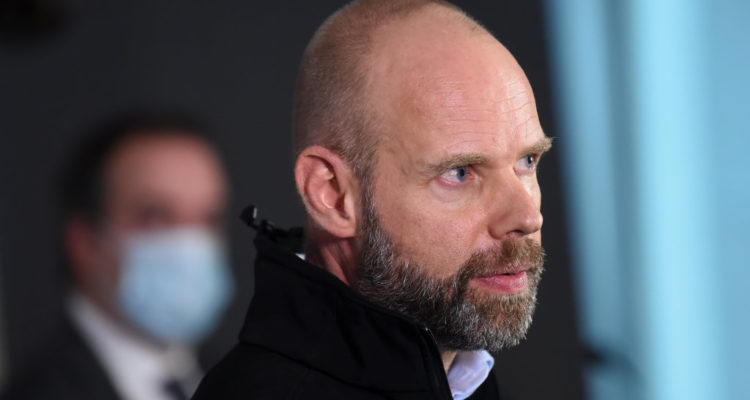 Victorian COVID-19 response commander Jeroen Weimar has apologised to Melbourne’s Jewish population after he mentioned members of the Orthodox community were among those who tested positive during a coronavirus briefing, saying it was a “poor choice of words”.

Mr Weimar, while describing on Wednesday the diversity of people who had caught COVID-19 in St Kilda and surrounding suburbs, mentioned that a member of the Orthodox Jewish community was among the positive cases.

“We have accountants, we have architects, we have a sex worker, we have members of the Orthodox Jewish community, and we have a pizza guy who worked in a pizza shop in Glen Eira,” Mr Weimar said.

In a message sent to Dr Dvir Abramovich, chairman of the Anti-Defamation Commission (ADC), a Jewish-Australian community organisation, Mr Weimar said he was “hugely disappointed” his words were interpreted as a criticism of the Orthodox Jewish community.

“I am sorry for my poor choice of words yesterday,” Mr Weimar said.

“I was attempting to highlight the sheer diversity and range of people in the St Kilda area who were – through no fault of their own – COVID-19 positive.