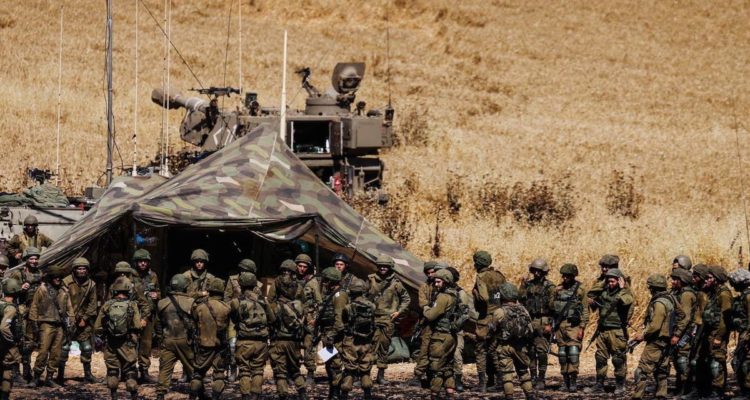 Israeli soldiers of an artillery unit gather near the border between Israel and the Gaza Strip, on its Israeli side May 14, 2021 (Amir Cohen/Reuters)

In a landmark case, an Israeli man is requesting UK asylum, saying he’ll be made to participate in ‘apartheid’ if he returns

An Israeli Jewish student is seeking asylum in the UK on the grounds that returning to Israel would result in him participating in “apartheid,” according to multiple reports.

The 21-year-old ultra-Orthodox Jewish rabbinical student is appealing a previous asylum claim rejected in December last year, according to Middle East Eye (MEE). The case, in which he has been granted anonymity, will be freshly considered Monday in a Manchester court, court documents seen by Insider show.

The student’s lawyer, Fahad Ansari of Riverway Law, says he fled Israel in 2017 after he received orders to join the military, MEE reported. According to The New Arab, the student has Asperger’s Syndrome.

According to Al-Jazeera, the student said he strongly opposes Zionism and Israel’s existence, citing both political and religious arguments. The view strongly departs from Israel’s political mainstream.

“Our client is attempting to prove his case in the context of Israel operating as an apartheid state,” Ansari told MEE.

The student also fears imprisonment as a deserter, as well as reprisal for his political views, if he returns to Israel, Al-Jazeera reported.

Read the article by Mia Jankowicz in Business Insider Australia.