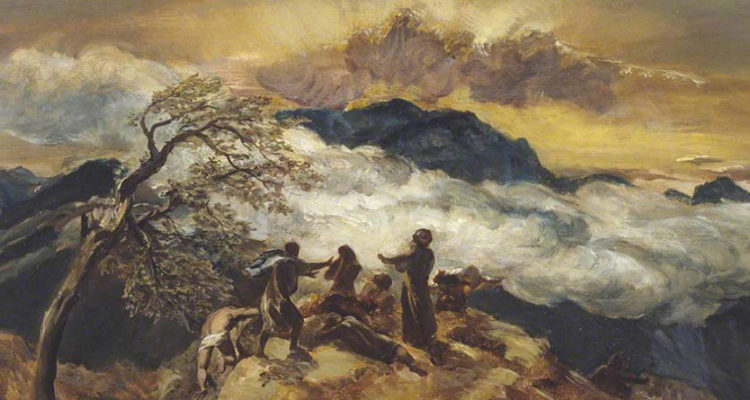 Where is God in times of pandemic? Ezekiel and the God in exile – PART TWO

This is the second of three pieces by Fr Joseph Lam on God in times of the pandemic. Read Part One here.

The Temple of Jerusalem

Jerusalem is to Judaism what Mecca is to Islam. Yet, it was the Temple that gives prominence to Jerusalem. Within this religious setting, Jerusalem was regarded as ‘the superlative place for the divine-human communication on earth.’ [1] Eventually, the Temple of Jerusalem became Israel’s National Shrine where sacrificial worship was centralised.[2] It was the priestly redactors of the Pentateuch who have promoted this concentration of cult. From their pencil’s ink emerges a monotheism unifying the two “fraternal” kingdoms of Israel and Judah. The passage 2 Chr 28:8-15 may serve here as a clear witness of this attempt where the priestly authors appealed to the “God of your ancestors” (28:9) or to the “Lord your God” (28:10) and later simply to “God” (28:11). It is not just a stylistic tactic but reveals the theological conviction of the whole priestly text that defines God as ‘your God’ or the ‘God of your forefathers,’ meaning Yahweh is the God of Israel and Judah. This passage could be seen as part of Israel’s Credo. Hence, there can be only one Temple because there is only one God.[3] The Temple of Jerusalem is, therefore ‘identical’ with the presence of God.

Ezekiel, who was a prophet as well as a priest, adheres to this theological tradition, though he, later on, modifies it to suit the context of exile. We will return to it a little bit later in this essay. According to the priestly view, the significance of the Jerusalem Temple, as Tzivi Novick has explained convincingly, is based on the narratives of the creation, Noah and lastly of the Exodus. The main focus of these biblical stories were the creation of humanity in the image of God, the offering of sacrifices as thanksgiving to God’s rescuing action and the and erection of sanctuaries as perpetual memorials of the presence of God. Combining these three stages of Israel’s redeeming history, the priestly editors conceived the Temple as the pinnacle of God’s permanent dwelling in Jerusalem[4] embodying the microcosm or a “miniature” God’s image that renews creation and epitomises the divine order over chaos.[5] According to Psalm 42:3, the Temple is the place where the face of God can be gazed at and His name be called upon (1 Kgs 8:29). In this sense, the Temple models the divine heavenly palace.[6]