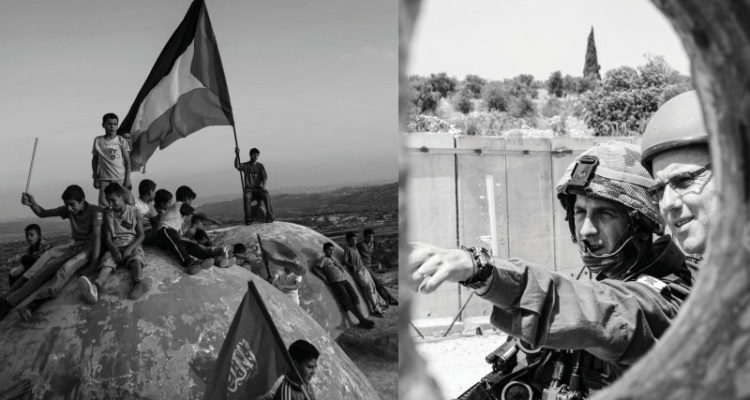 Palestinian children in the village of Bilin, in the Israeli-occupied West Bank; John Lyons (right) in Bilin with an Israeli soldier during a Palestinian demonstration there in 2010. (AP, Sylvie Le Clezio)

Touchy subject: We must end self-censorship on Israel and Palestine

As someone who’d tried to avoid running most of my life, I was surprised to find myself, at the age of 52, pounding along the old railway track in Jerusalem, sweating under the Middle Eastern sun but determined to be ready for the prize fight.

Over four months, I’d become the fittest I’d been since I was 18. I needed to be: I was about to face the full fury of Australia’s pro-Israel lobby. I was busy working on a story — Stone Cold Justice — as a guest reporter for Four Corners. I knew the hardline supporters in Australia of Israeli settlements in the Palestinian territories well enough to understand that this story would unleash a propaganda fatwa against me.

I knew that if I reported the truth about the treatment of Palestinian children in the West Bank, I would be the target of a backlash which would be tough, nasty and prolonged. I knew that the report would not encourage a debate about the central theme of the story — whether it was fair that in the West Bank there is one law for Jewish children and one for Palestinian children — but rather a round of attacks on me.

Most journalists based in Jerusalem who report exactly what they see in front of them are trolled and abused. As an indication of how far right much of the pro-Israel lobby has leant, correspondents of The New York Times — traditionally one of the newspapers most supportive of Israel — have been systematically targeted.

Read the article by John Lyons in The Sydney Morning Herald.