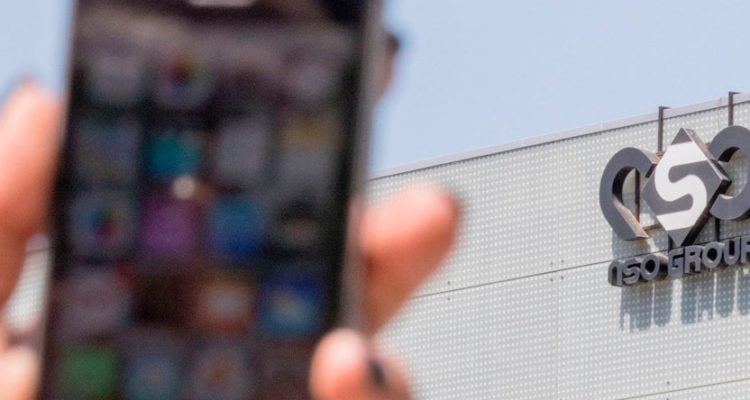 An Israeli woman uses her iPhone in front of the building housing the Israeli NSO group, (Jack Guez/Getty)

The iPhones of at least nine State Department employees were hacked using software from NSO Group, an Israel-based company that sells one of the world’s most effective spyware systems, according to a new report from Reuters.

The hack targeted US officials who live in or focus on Uganda, the report said, but the perpetrator of the breach is unknown. The Washington Post reported that 11 officials were alerted by Apple in recent months that their phones had been hacked with the NSO software, which is known as Pegasus.

“If our investigation shall show these actions indeed happened with NSO’s tools, such customer will be terminated permanently and legal actions will take place,” an NSO spokesperson told Reuters. The spokesperson added that the company will “cooperate with any relevant government authority and present the full information we will have.”

In a statement to Insider, an NSO spokesperson said, “Once the inquiry was received, and before any investigation under our compliance policy, we have decided to immediately terminate relevant customers’ access to the system, due to the severity of the allegations. To this point, we haven’t received any information nor the phone numbers, nor any indication that NSO’s tools were used in this case.”