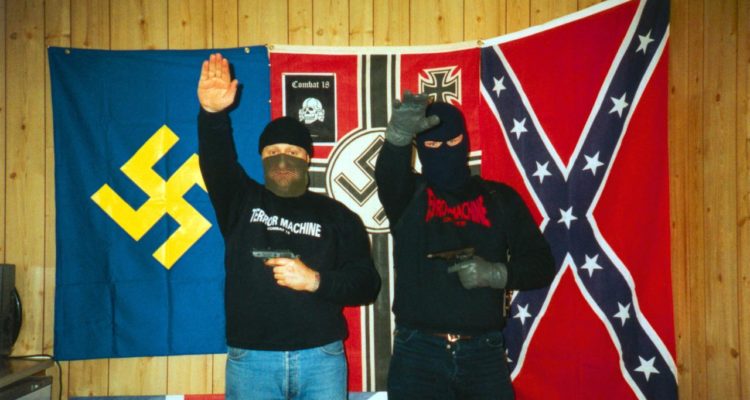 Civil rights groups are warning that Jewish hatred is “spiralling out of control” as ads for a militant Neo-Nazi organisation were again plastered on a street corner.

A sticker advertising a neo-Nazi terrorist organisation has been plastered on a street sign in Melbourne’s south east, leading a civil-rights group to warn that Jewish hatred is now “spiralling out of control.”

The sticker, promoting the militant Neo-Nazi organisation Combat 18, was plastered on a street corner sign in McKinnon.

The sticker was posted in a suburb with a sizeable Jewish population and reads “White Pride World Wide.”

Combat 18 originated in the United Kingdom in 1992 and seeks to create white-only countries through violence. The group’s motto is “whatever it takes”.

The worldwide terrorist group has been held directly responsible for the deaths of non-white immigrants and were also linked to the murder of a German politician.

It has been prescribed a terrorist organisation in several countries including Germany and Canada.

“The pure hate and evil that has defiled Melbourne is reaching an ominous pitch fever, and it is clear that the neo-Nazi tidal wave that has invaded our cities over the last few years is spiralling out of control,” Chair of the Anti-Defamation Commission Dr Dvir Abramovich said.

“Our brave Diggers who sacrificed their lives to defeat the Third Reich must be turning in their graves as these Hitler worshippers are out in force.”

Read the article by Mitch Ryan in the Herald Sun.