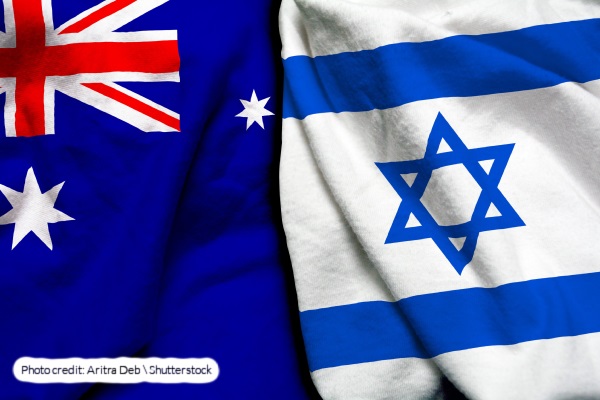 For the last three years the Australian Jewish community has enjoyed unprecedented support and understanding from the Australian government, led by Liberal Prime Minister Scott Morrison, on matters concerning Israel and domestic policy.

Domestically, Australia embraced the International Holocaust Remembrance Alliance (IHRA) Working Definition of Antisemitism and listed the whole of Hezbollah and Hamas as terrorist organisations.  Synagogues, schools and other Jewish community institutions received unprecedented levels of funding to help pay for security infrastructure.  Holocaust museums were funded in every State and Territory.

Under a Labor government led by newly sworn in Prime Minister Anthony Albanese, and with a new parliament, the picture for the future is more mixed.

In the week before the election, one media outlet showed clips of Albanese’s parliamentary speeches from 2000 and 2002 painting Israel as an “oppressor”, blaming Ariel Sharon alone for starting the second Palestinian intifada, claiming that the establishment of Israel itself created millions of Palestinian refugees, accusing Israel of using excessive force and funding Hamas and comparing Israel’s conduct to that of Saddam Hussein’s Iraq.  It also showed him in 2018 supporting a notorious UN Human Rights Council move to “investigate” Israel.

Yet despite being photographed smiling with then UK Labour leader Jeremy Corbyn during a visit to the UK in 2017, Anthony Albanese has gone out of his way in recent times to make it clear that he is not Jeremy Corbyn and that the Australian Labor party is in no way comparable to the Corbyn UK Labour party.  The stunning electoral defeat of UK Labour under Corbyn in 2019 seems to have had a chastening effect on Albanese’s thinking, including about Israel.

Read the statement from the Executive Council of Australian Jewry by ECAJ co-CEO Peter Wertheim.