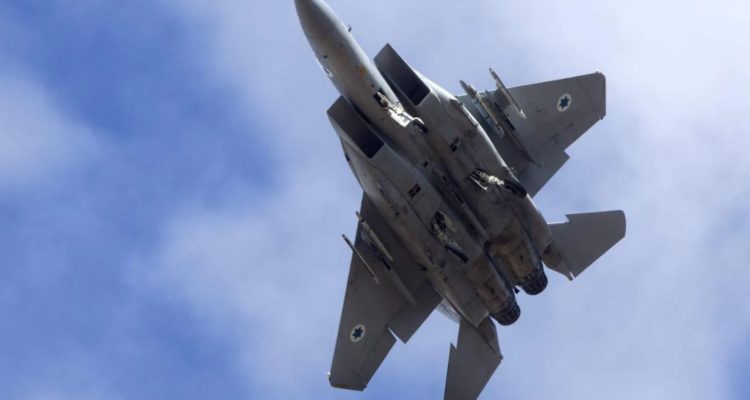 An Israeli F-15 jet fighter. The Israeli air campaign is aimed at weakening Tehran’s and its allies’ ability to strike Israel.

Israel secretly coordinates with the US on many of the airstrikes it carries out in Syria as the allies face a battlefield crowded with militant groups, Iranian-backed militias and foreign militaries, according to current and former US officials.

American officials have said little about Israel’s bombing missions, which have been aimed at interrupting Tehran’s flow of advanced weapons to Lebanese Hezbollah and diminishing Iran’s military forces and proxies in Syria.

Behind the scenes, however, many of Israel’s missions for several years have been reviewed in advance for approval by senior officials at US Central Command and at the Pentagon, current and former officials say.

The US aim is to ensure that Israel’s bombing raids don’t interfere with the US-led military campaign against Islamic State militants whose self-declared caliphate has been destroyed but who have been attempting to mount a comeback.

The formal coordination hasn’t been previously reported, and the secrecy surrounding it shows how Washington has sought to support its Israeli ally without being drawn into Israel’s shadow war against Iran.

The main focus of the US review are Israeli missions in eastern Syria that pass near the al-Tanf garrison, a US outpost near the Syria-Jordan border that sits below one of the Israeli attack routes.

Read the article by Michael R. Gordon in The Australian (from The Wall Street Journal).