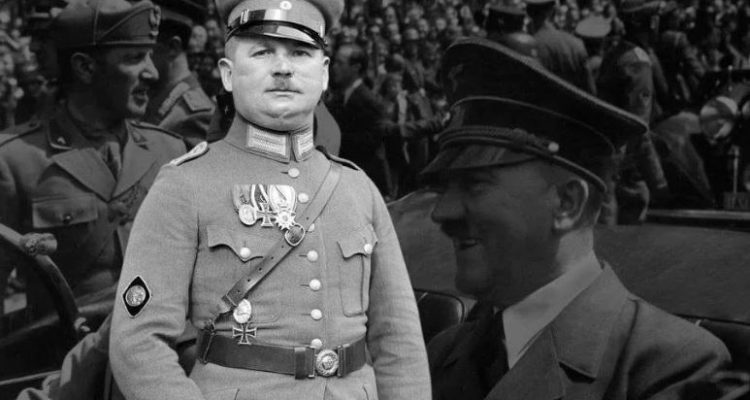 On this day: Night of Long Knives presaged gay holocaust

The murderous Nazi rampage known as the Night of the Long Knives lasted three days from June 30 until July 2, 1933. Adolf Hitler orchestrated the murders of his oldest friend, chief Nazi thug Ernst Röhm, along with numerous other rivals and perceived enemies. Röhm was homosexual. With him out of the way, the Nazis then launched what would become the deadliest persecution of queer people in history.

Military officer Ernst Röhm was a thug, anti-Semite and staunch anti-democrat. No wonder he and Adolf Hitler hit it off when they met in 1919. They became close friends and political allies with Röhm the future Führer’s chief enabler. However, after Hitler’s failed 1923 revolution (the Beer Hall Putsch), the Nazi leader realised he needed the support of the police and military to take government. So, he rethought his plans and plotted a legal path to victory. Röhm preferred head-kicking over electioneering, so he left for the bloodier pastures of Paraguay.

Despite his friendship with Ernst Röhm, Hitler advocated for the elimination of homosexuality. Not out of moral concern but because he wanted every able-bodied member of his mythic Master Race breeding.  His attitude, and by extension Nazi policy, contrasted with the tolerant German attitude that allowed a thriving gay scene to develop in Berlin.

Read the article by Destiny Rogers on QNews.