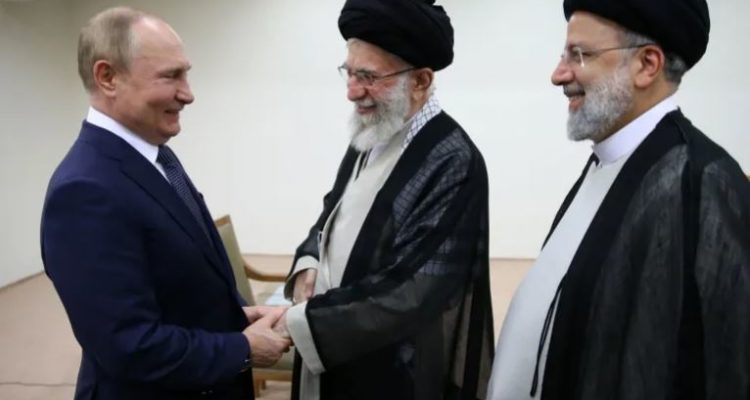 Iran and Russia: the new Axis of Evil?

Russian President Vladimir Putin’s visit to Tehran last week brought attention to a growing partnership between Russia and Iran. The Russian shook hands with Iranian Supreme Leader Ali Khamenei, a rare gesture since both men are notorious coronaphobes. The old cleric expressed support for the Russian invasion of Ukraine, while the old KGB man offered Iran supplies of grain. US intelligence even claims Iran will open its drone arsenals to Russia. This strange friendship has its limits, but its growth could spell trouble.

History does not suggest this is a natural partnership. The list of grievances between Iran and Russia is long. Great powers are often rough with middle-power neighbors. Russia carved off chunks of Iran on the Caspian in the treaties of Gulistan and Turkmenchay and pushed back Iranian claims in Central Asia in the Treaty of Akhal. The Russian embassy rivaled that of the British as a source of intrigues against Iranian sovereignty. An angry mob stormed the Russian embassy, killing Russia’s ambassador Alexander Griboyedov.

Russia collaborated with the British to divide Iran into spheres of influence in 1907, fought the Turks on Iranian territory during World War I, and invaded Iran during World War II. When the war ended, it tried to take two more bites out of northwestern Iran, setting up Communist states in Mahabad and Iranian Azerbaijan. Iran, in turn, aligned with the United States, hosting spy stations and swarms of American defense contractors.

Yet the two sides need not look so far back to find causes for dissension. Russia has long kept advanced air defenses with its forces in Syria. Yet it allows Israel to raid Iranian and Iran-linked targets in Syria all the time; Israeli officials suggest the number of airstrikes is in the hundreds. These raids continued even after a Syrian surface-to-air missile site shot down a Russian intelligence aircraft, killing fifteen, which was operating near an Israeli strike package.

Read the article by John Allen Gay in The Spectator.