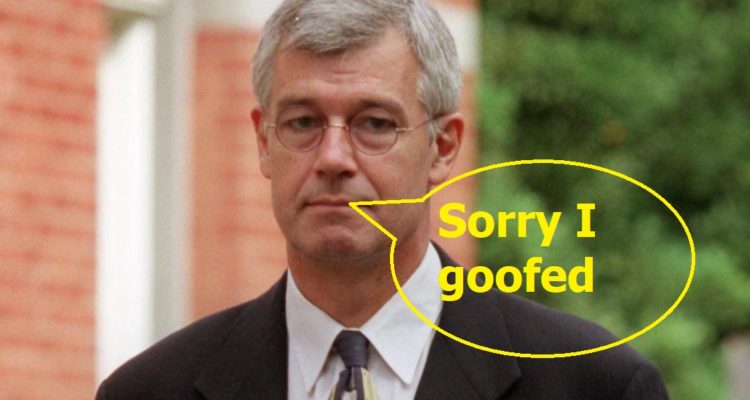 There has been an exchange of emails between Western Australian Bar Association President Martin Cuerden SC and Mark Leibler.

Apparently the Executive Council of Australian Jewry has also gotten into the act.

The following is a letter from Peter Wertheim to Martin Cuerden in response to an almost identical email that was sent to Martin Cuerden, recognising the failure of the WA Bar Association to properly interpret the antisemitism inherent in Julian Burnside’s offensive remarks that led to his eventual resignation from the Greens:

Your letter to Senator the Hon Sarah Henderson

We thank you for your prompt and considered response to our letter of 9 August
2021. We appreciate your frank acknowledgement that the words used by Mr
Burnside in his original tweet were antisemitic and such as to warrant public
condemnation.

However, there is one fundamental matter addressed in detail in our last letter
about which we continue to be concerned. In today’s Australian and West
Australian you were reported to have emphasised “the basic distinction between
defending a person’s comment, which I have not done, and defending their right in
a free and democratic society to make it.”

If you were quoted accurately, the inescapable conclusion is that you adhere to
your original contention that freedom of expression extends to the making of
antisemitic comments in public with impunity, other than “public condemnation”.

Not every public expression of racism or bigotry attracts legal sanctions under the
current law, and we have not argued that legal sanctions should apply in every
such case. However, when persons holding positions of respect and influence in
the community indulge publicly in hate speech, they are in no position to complain
if others respond not merely with “public condemnation” but also with other social
sanctions to underscore their disapproval.

To seek to constrain such responses would constitute a greater infringement upon
individual liberty, including freedom of expression, than mere social sanctions
themselves.

Whether or not you personally agree with this proposition, the principle is of such importance to
the Australian Jewish community and, I would suggest, to the future cohesion and well-being of
Australian society, that we now propose to place the entirety of our correspondence on the public
record.

Yours sincerely
Peter Wertheim AM
Co-CEO

[Editor: The ECAJ has prepared a paper making the case for Australia formally to adopt the International Holocaust Remembrance Alliance (IHRA) Working Definition of Antisemitism.  The paper is a draft and we invite feedback from the community. The paper can be accessed here.]